Bethany Bereavement Support
The Bethany Bereavement Support Group aims to reach out and help the bereaved and grieving.
All Contact is strictly confidential. Contact numbers are published on the Bethany website. www.bethany.ie
In today’s world, people tend to be unaware of the grief associated with bereavement. It is not widely understood that the grieving process may be long and severe. Understanding the stages of grief can be helpful and reassuring.
Although grieving is a natural process which can be helped by the sympathy and understanding of friends, sometimes one may need support to work through it in a positive way. Friend’s don’t always know how to help; they may feel embarrassed by one’s grief; they may even avoid meeting one in a mistaken belief that a meeting may increase distress.
It is quite normal to feel anger, guilt, fear and depression as well as the awful pain of loss. These feelings need to be expressed rather than repressed, to be talked out, cried over and put in some sort of perspective.
It helps the healing process to talk with a trained listener in confidence and comfort the very strong feelings associated with grief.
Many Bethany members have themselves been bereaved. They are trained to listen with understanding. They accept those suffering loss as they are, and support them through the grieving process.

Meetings take place on the 1st Tuesday of each month. 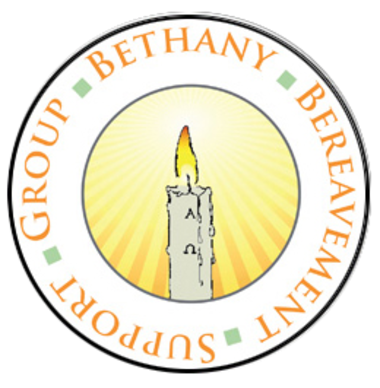 Rainbows Bereavement support for Children
What Does Rainbows Do?
We facilitate children whose parents have separated or who have experienced the death of a family member – parent, grandparent, brother, sister, aunt, and uncle. This does not necessarily need to be a recent event, as grieving can be carried on long after the sad event itself has taken place.

The twelve week course follows a set curriculum of twelve topics, where each child will have their own journal. The Programme is specifically for children attending St. Paul’s School Ayrfield, but we are open to other applicants who wish to be facilitated. We advertise our programme in September and it takes place as numbers demand from October to February. We generally have completed the programme by mid-February. The programme is run free of charge as it is financed by the Department of Social and Family Affairs, Family Support Agency. Contact: The Secretary, St. Paul's Junior N.S Tel: 01 8470479.

Rainbows Programme St. Paul’s Primary School
The Rainbows Programme at St. Paul’s Primary School Ayrfield has been running since 1999. The Programme for 2007/2008 has recently concluded. It was facilitated by Phil Buckley, Marian McDonagh, Fergal Brougham and Kate Delaney.
During the programme 14 pupils took part and we completed the twelve week series with a ‘Celebrate Me Day’. Facilitators and participants agreed that rainbows had been very successful and feedback from parents was very positive. We hope to facilitate the programme during the next school year should the number of applicants warrant it. 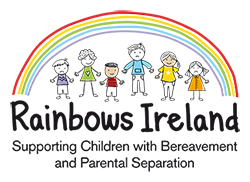 Support and friendship through person to person contact. They are committed to respecting the dignity of those they assist and to foster their self-respect. In the provision of material and other support, they assure confidentiality at all times and endeavour to establish relationships based on trust and friendship.

Promoting self-sufficiency: The organisation believes it is not enough to provide short term material support. Those who are assisted must also be helped to achieve self-sufficiency in the longer term and the sense of self-worth this provides. When the problems encounter are beyond their competence, SVP enlist the support of others more specialised.

Working for social justice SVP are committed to identifying the root causes of poverty and social exclusion in Ireland, and, in solidarity with poor and disadvantaged people, to advocate and work for the changes required to create a more just and caring society.
(Ayrfield conference meets on Tuesdays at Ayrfield pastoral centre. Contact number for all enquiries in the Dublin region 01 8550022)

The Legion of Mary
The members of the Legion of Mary participate in the life of the parish through visitation of families, the sick, both in their homes and in hospitals.

You are the very person the Legion would like to meet! Ayrfield members meet every Friday at 1.00pm in the pastoral centre. Contact Jimmy Lyons for more information 01 8474751. Web: Legion of Mary

Service of Word with Communion :
Monday 10:00am